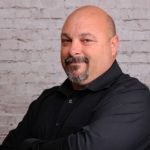 I don’t know about everyone else, but I am ready to get back to some kind of normal. As much as I like my house I’ve seen way too much of it lately. I find myself not sleeping, staying up until all hours of the night, binge watching shows on Netflix that I normally wouldn’t watch all because my favorite TV shows like Seal Team, Hawaii Five O and Swat are all on hiatus.

Why am I telling everyone this? Well I needed to talk to someone and if you read the newsletter you have to listen right :-). So this is a little experiment. Send me an email at wsiler@sceginc.com and tell me what you’ve been doing and what TV shows you would recommend that I watch. I am really interested to see how many people read the newsletter and I need some help as I am running out of shows to watch as well :-). I’ll put everyone’s name it a hat and have my daughter Paige pull someone’s name from the hat. That person I will pay for their dinner and their first drink of choice when we get back to meetings in person.

So I am sure everyone is wondering when we will have an in person meeting again. The board will be discussing this during our next board meeting. I do want to see everyone as soon as possible, but I want to make sure we do this safely. With the way things are, I don’t see us having an in person meeting for a while. I hope I am wrong but I don’t thing I am. Let’s all lead by example and wear the mask when we are around others. They do work but for other reasons than what people try to discredit them for. Once again send me an email at the above and I can send a video showing you how they work. Wow maybe I will find out how many people really read this newsletter after all.

So let me also add that once we are back to doing an in person meeting we will somehow broadcast the meeting to those of you that feel safer at home.

So I am sure everyone has received a few emails from national about the convention. WOW is all I can say at this time. As much as I wanted to go to New Orleans, I just can’t put myself and family at risk. So I won’t be going to the national convention if they decide to have it. You will see an email in the next couple weeks from ASPE LA asking if you plan to attend the convention in New Orleans.

It appears if they cancel the convention we will most likely handle bylaw changes and voting by some kind of online video conference. So with that being said we will be picking delegates in some form next month. So just to be clear if we are status quo with the convention we will be picking delegates based on the people that will be attending the National Convention not necessarily by eligibility base on attendance etc. If they cancel we will pick delegates as we always have. We don’t want to waste a voting position by someone not attending.

So now I have to write about something very sad. We lost a very close friend, Ira Schumer. As I write this about Ira, I can picture him in the corner of the bar at the Monterey Hill Restaurant working away, I am sure sending one of you a spec. He always had a smile on his face that just made you happy to be around him. As most of you know, Ira took over as sergeant at arms when Ron Bradford retired. You never knew what you were in for with Ira handing out the fines. He would always start out with a joke and then move on to fines. Man I am going to miss those jokes, not the fines so much, but the jokes I will miss a lot. I hate getting old as we have to say goodbye to our friends at some time. So Ira goodbye until we see each other again.